Ellen DeGeneres And Portia De Rossi Have A Kid! Kind Of...

Ellen and Portia have put to bed rumours about when they're going to have a baby. Let them explain...

Ellen Degeneres and Portia De Rossi finally have a kid! Of sorts, at least…

The popular talk show host, 57, made the announcement on her show on Thursday (January 14th) that she and her wife Portia de Rossi have gotten a new puppy, which they’ve named ‘Kid’ and described as “absolutely adorable”.

“I have not talked about this yet, but we have a new puppy," she announced on her syndicated show. "Portia and I got a puppy and his name is Kid so now we have a kid.” 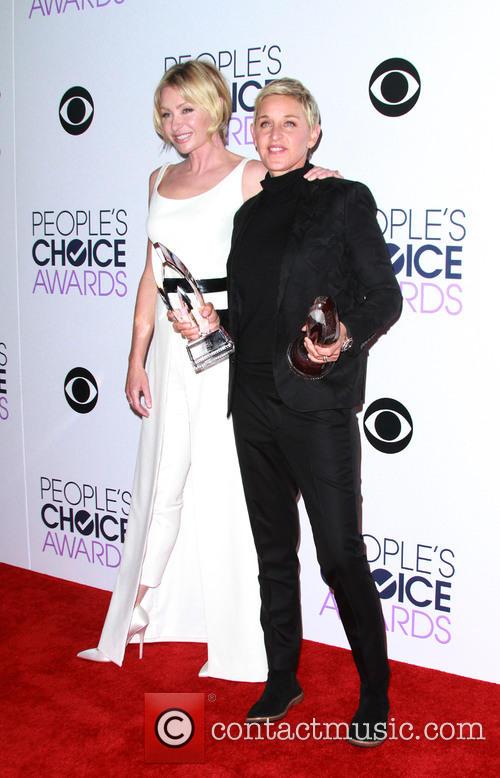 More: Ellen DeGeneres on her concerns and eventual decision to publicly come out

DeGeneres already has two dogs, and she revealed that they had both adjusted well to Kid’s arrival and were performing sibling duties. “Our other two Auggie and Wolf are doing great with him they're really teaching him a lot, but he's so, oh God he's got so much energy.”

She admitted that the experience had taught her something about motherhood. “It really makes me appreciate what it's like to be a mother because like I'm trying to hold a puppy while I'm trying to make coffee, and I can't do anything. He doesn't let me do anything.”

Explaining the puppy's name, DeGeneres revealed that it was to put an end to rumours about her and Portia having a baby. “There have been rumours forever, when are you and Portia gonna have a kid?” Ellen said with a laugh. “So now I can say we have a Kid. So it can just stop.”