The talk-show hosts addresses the remarks with grace.

Ellen Degeneres has addressed the recent scandal surrounding gospel singer Kim Burrell, who was recently axed from the talk-show host's show after a video emerged of her regurgitating a string of homophobic comments ahead of her appearance. She spoke about the issue while interviewing Pharrell. 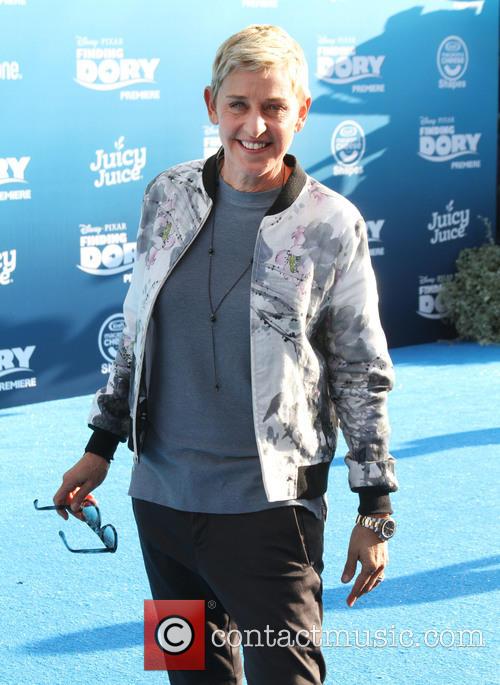 Ellen has responded peacefully and without judgement to the situation regarding Burrell's anti-gay rant on a Facebook Live video, and explained that hateful comments like that merely encourage her to show more kindness and acceptance of people.

'You were supposed to do a different song and you were supposed to perform it with a singer that I actually didn't know, her name is Kim Burrell, and she made a statement [on] Facebook Live and she said some very not nice things about homosexuals', Ellen recapped as she addressed Pharrell. 'So I didn't feel that that was good of me to have her on the show, to give her a platform after she's saying things about me.'

The 'Hidden Figures' composer responded with his own wise thoughts on equality, reitering comments he'd previously made in an Instagram post after the incident. 'There's no room for any kind of prejudice in 2017', said Pharrell. 'She's a fantastic singer and I love her just like I love everybody else. We all have to get used to everyone's differences and understand that this is a big, gigantic, beautiful, colourful world and it only works with inclusion and empathy.'

Ellen enthusiastically agreed. 'When I say be kind to one another, I feel that because as someone who has received a lot of hate and prejudice and discrimination because of who I choose to love... it only gives me more compassion', she added. 'It gives me more empathy. I don't ever want anyone to feel hurt because they're different.'

Kim Burrell has not responded to what Ellen has had to say about her remarks.