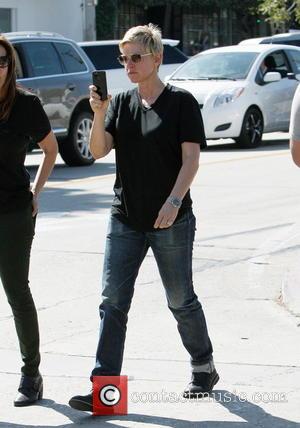 Lesbian comedienne Ellen Degeneres has beaten the likes of producer/writer Ryan Murphy and actor Neil Patrick Harris to be named the most powerful gay celebrity in America.

The talk show presenter and Oscars host has topped Out magazine's annual Power List, ahead of Apple CEO Tim Cook at two and U.S. newswoman Rachel Maddow at three.

Glee and American Horror Story creator Murphy was placed sixth, while How I Met Your Mother star Harris took the seventh spot.

Other notable mentions include Glee actress Jane Lynch at 20, X-Men director Bryan Singer at 28 and R&B star Frank Ocean at 42.

Ellen DeGeneres wants to be a better 'ally fighting for change'