Ellen Degeneres has admitted she would like to become a mother but doesn't want the commitment of children. 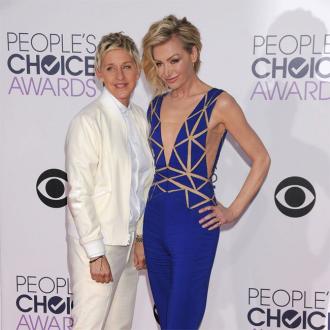 The 57-year-old comedian, who has been married to wife Portia De Rossi since 2008, would quite like to become a mother but she fears she couldn't dedicate her life to it long-term.

When asked if she'd like to be a mother, she said on the 'Today Show' on Tuesday (16.03.15): ''I think I would. But that's not enough to have kids. I love kids. But that's such a big commitment. And it seems long-term. It seems like a commitment that you have to stick with. And I just don't know if I can -- it's too risky.''

The blonde beauty then joked she may end up comparing her children to the little ones who have appeared on her chat show.

She said with a laugh: ''Like, what if I don't like the kid? What if it turns out that it's not as cute as I wanted or as talented?

''I'm gonna compare it to all these kids that I have on this show that are so smart and so funny. And I'm like, 'You are nowhere near these kids I had on today.' ''