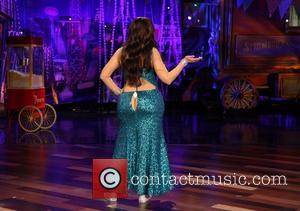 One Million Moms has repeatedly spoken out against J.C. Penny's use of Ellen Degeneres in their advertising, but apparently the department store chain have gone a step too far having featured the comedienne and talk show host in their latest Christmas advertisement.

One Million Moms is a group of Christian mothers whose goal, as they say on their website, "is to stop the exploitation of our children, especially by the entertainment media (TV, music, movies, etc.). Mom, OneMillionMoms.com is the most powerful tool you have to stand against the immorality, violence, vulgarity and profanity the entertainment media is throwing at your children. It is time to fight back!"

In response to the Christmas ad, via Boston.com they said: "Since April, JC Penney's has not aired Ellen DeGeneres in one of their commercials until now. A new JCP ad features Ellen and three elves. JCP has made their choice to offend a huge majority of their customers again. Christians must now vote with their wallets. We have contacted JC Penney's several times in the past with our concerns, and they will not listen. They have decided to ignore our complaints so we will avoid them at all costs."

J.C. Penney has repeatedly and consistently supported Ellen and gay marriage, they also broadcast a Father's Day ad that featured a same sex couple with their children. Quoted by US Weekly back in february when One Million Moms first launched their attack, JC Penney's CEO said: "We stand squarely behind Ellen as our spokesperson and that's a great thing, because she shares the same values that we do in our company... Our company was founded 110 years ago on The Golden Rule, which is about treating people fair and square, just like you would like to be treated yourself. And we think Ellen represents the values of our company and the values that we share."