Degeneres And Rossi Decide Against Kids 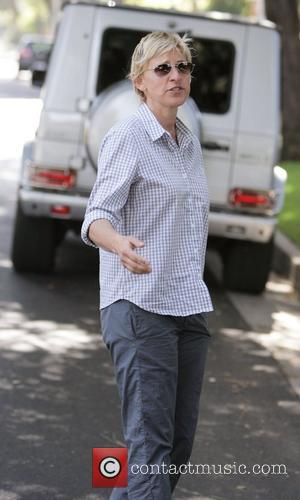 Ellen Degeneres and her wife Portia De Rossi have decided against starting a family, insisting they'd rather concentrate on becoming great animal owners.
The couple hinted kids could be on the horizon after they married last year (08), during a brief window when same sex marriage was legalised in their native California, but comedienne DeGeneres reveals she and her wife have opted against the idea - because it's too big a responsibility.
She tells AOL Television, "I don't think we're going to have kids. We have animals, and we love them. They don't talk back, and they don't explore their vocal chords out in public.
"We definitely thought about it... but it's just a huge responsibility, and I don't know that that's something we want to take on. We're very happily married without children."
The pair is currently revelling in becoming aunts - and that's enough for now: "(Portia's) brother and his wife just had a baby girl, who's a month old now, and it's fun to be a part of that."