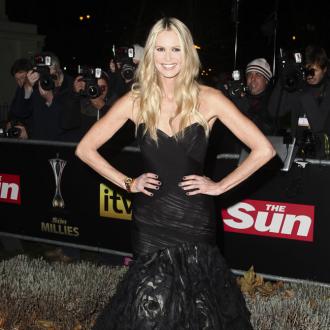 Elle Macpherson has recreated her iconic 1994 Playboy magazine cover in a new shoot.

The 49-year-old supermodel posed for the cover of Australia's Harper's Bazaar magazine wearing nothing but a pair of over-the-knee black stockings for musician and photographer Bryan Adams - in a shoot reminiscent of a 30-year-old Elle.

Harper's Editor-in-Chief Kellie Hush is hoping the daring new cover will live up to the infamous Playboy images.

She said: ''I hope Bryan Adams' images for Bazaar will be as iconic as the 1994 Playboy cover was in its time.''

Elle sports minimal make-up and wears her blonde locks flowing over her shoulders, justifying her nickname 'The Body' in the images for the 'Fabulous at any Age' issue.

Kellie told The Daily Telegraph newspaper in Sydney: ''When I approached Elle she immediately said she would love to work on this project with Bryan Adams, who is her dear friend, a music megastar and an accomplished photographer.

''It was a collaboration match made in heaven. She is in incredible shape for a woman about to turn 50.''

The issue boasts two alternate covers - one of which shows Elle twirling in a tasselled Tom Ford jacket.