Elle Macpherson has tied the knot with her billionaire boyfriend, Jeffrey Soffer, in Fiji surrounded by friends and family. 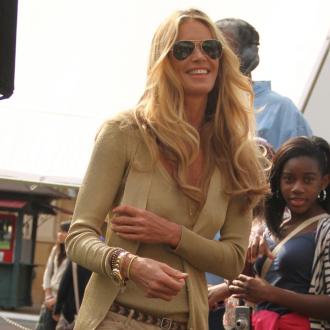 The Australian supermodel and the billionaire, who broke up in March 2012 before reconciling in November 2012 and getting engaged in March this year, tied the knot in Fiji surrounded by friends and family, according to Us Weekly.

Elle, who was briefly linked to wealthy financier Roger Jenkins last year, reconciled with Jeffrey after she rushed to his side when he was involved in a helicopter crash in the Bahamas, which killed his friend Lance Valdez and saw him undergo surgery for a fractured vertebrae.

A source previously said: ''Jeff is very shaken up and mourning the loss of his friend. Elle is landing in Miami imminently to visit him and offer her support at a very tough time.''

The helicopter - which was also carrying one of Jeffrey's employees Dan Riordan and his wife Paula - came crashing down at the Baker's Bay Golf and Ocean Club on Great Guana Cay in the Abacos Island chain on Thanksgiving Day.

The couple were both previously married. Elle tied the knot with photographer Gilles Bensimon in 1986 but they divorced three years later.

The former 'Fashion Star' host also has two sons Arpad, 15, and Aurelius, 10, from a previous relationship with ARPAD BUSSON.