Elle Fanning has credited her transgender friends with helping her prepare for her role as a trans teen in new movie 'Ray'. 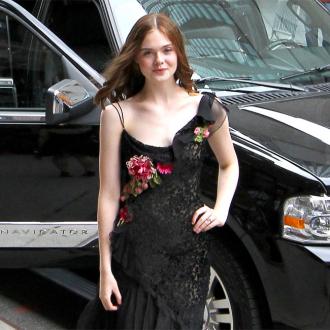 The 17-year-old actress has been tipped for awards glory for her role as a transgender teenager in the upcoming drama, and admits she has lots of transgender friends who helped her prepare for the role.

She said: ''I have a lot of transgender friends that go to my school, who have made the transition over the summer and have changed their names and used different pronouns. So I was used to that.''

Elle - who stars in the movie with Oscar nominee Naomi Watts - also revealed she knew the film would be one of her most difficult parts yet.

She told PEOPLE.com: ''I definitely knew that it would be a huge challenge to do - I've definitely never done anything like that before.''

The actress previously admitted her nerves ahead of the film's release as she hopes to speak for the transgender youth worldwide.

She explained: ''I was really nervous not to screw up, because this is for transgender kids out there.''

Elle - who transitions to a male character in the film - had to bind her chest with velcro for the film.

She said: ''It's like a sports bra that you wrap around, only it's Velcro. I had to wear one every morning. It hurt so bad!''