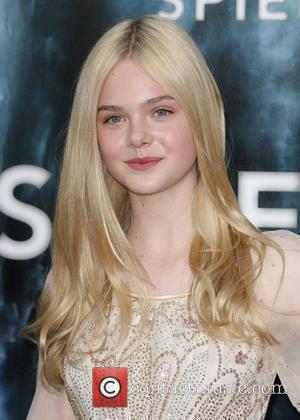 Elle Fanning, the 13-year-old star of Jj Abrams new movie 'Super 8', has revealed her sister Dakota Fanning's plans for the future, reports Access Hollywood. Elle Fanning's older sister recently graduated from high school in Los Angeles.
Speaking at the premiere of 'Super 8', Elle recalled Dakota's graduation, saying, "It was amazing! It was two days ago, and she had the cap and the gown and the gold rope and everything", adding, "We went out to eat afterwards with a lot of friends and family and had sushi". Elle, who will begin eighth grade in the fall, confirmed sister Dakota is planning to continue with education despite her rising fame, saying, "She is [going to college]. Somewhere on the east coast". Dakota will look to juggle her college education with making Hollywood movies - she is scheduled to begin work on two high-profile films. The 17-year-old has landed the lead role in the thriller 'Mississippi Wild' with Mickey Rourke and Robert Duvall, and will also feature in 'Very Good Girls' with Dustin Hoffman and Peter Sarsgaard. Elle is beginning to forge her own career in Hollywood, having recently starred in Sofia Coppola's award winning flick 'Somewhere'.
Elle Fanning describes new sci-fi 'Super 8' as being a "perfect" movie, saying, "When you see the trailer, there's a lot of action for the guys, and then there's a love story, a first love, it's very sweet".