Actress Elle Fanning Fought Back Tears As She Discussed Her New Role As A Teen Transitioning From Female To Male In New Movie About Ray With Young Transgender Icon Jazz Jennings. 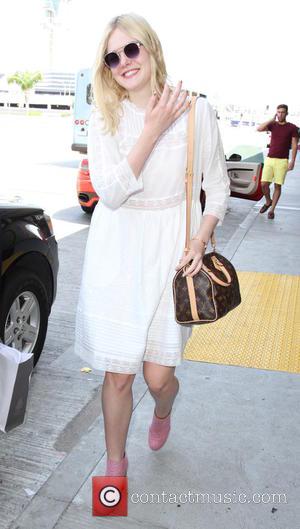 Just days after the film received a standing ovation from critics at the Toronto International Film Festival in Canada, the young actress found herself sitting beside castmates Naomi Watts and Susan Sarandon for a very emotionally-charged TV chat for U.S. news show Entertainment Tonight.

Jennings, 14, who was male at birth and diagnosed with gender identity disorder at four, told Fanning, "I feel like you guys are capturing the reality of what it means to be transgender... I feel like this film is so important and I'm ready to see change occur and I'm ready for everyone to just be able to live their lives authentically as who they are."

As Sarandon insisted on hugging her interviewer, and thanked her for being "so articulate" and praising her for being "a role model", Fanning wiped away tears, saying, "That was amazing".