Ella Henderson Takes Debut Album To The Top Of The U.k. Charts 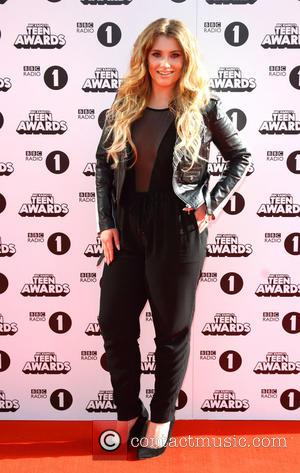 Picture: Snaps of a variety of stars as they arrived at the BBC Radio One Teen Awards which was held at the SSE Wembley Arena

The 18 year old discovered she had hit the top of the charts backstage at the BBC Radio 1 Teen Awards on Sunday afternoon (19Oct14).

The thrilled teenager tells OfficialCharts.com, "To be a part of the music industry as a whole is something I'm learning to embrace, just seeing my name up there with other artists I admire and look up to is so surreal in itself. Being number one with my very first album is where a dream has met reality. It's a moment in time I will never forget."

Ed Sheeran's X, Sam Smith's In The Lonely Hour, George Ezra's Wanted On Voyage and Jessie J's Sweet Talker make up the rest of the top five, while rockers U2 score their 16th top 10 album with Songs Of Innocence.

On the singles chart, Meghan Trainor scores a third week at number one with All About That Bass, keeping Taylor Swift's Shake It Off off the top. One Direction's Steal My Girl is a new entry at number three, ahead of Ed Sheeran's Thinking Out Loud at number four. Jessie J's Bang Bang collaboration with Ariana Grande and Nicki Minaj rounds out the U.K. top five.