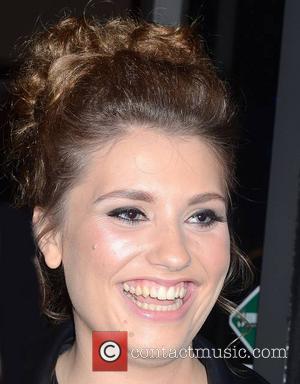 She may not have made it into the final, but Ella Henderson has already proved to be one of this season of The X Factor's biggest hits as she signed a lucrative contract with Sony Music, and she is promising fans that this is "just the beginning."

Despite only managing to make it to sixth place, the future looks bright for the 16-year-old singer nonetheless. The news was first brought up last night (Dec 15) on RTÉ's The Saturday Night Show, before she confirmed it via her Twitter page today.

She wrote: "Thank u for your kind messages! X It's all of you who help to inspire my music!! I cannot wait for 2013.. #JustTheBeginning."

The young singer has been at the centre of a bidding war between record companies since her untimely exit from the talent show, which in turn caused quite a stir at the time. Simon Cowell's Syco label, a Sony imprint, had long been at the front of the queue to get Ella's signature, with many other labels vying to have the young songbird in their books. Ultimately it was Sony Music, one of the largest labels in the world, that managed to get in there first - although we're sure Simon will still have a say in how things go.

Whilst the details are still a little blurry, it is believed that Henderson will release her debut album sometime in 2013.