Ella Henderson says the One Republic frontman helped her to make a ''big record'' when penning her debut album and has a ''special formula'' for hits. 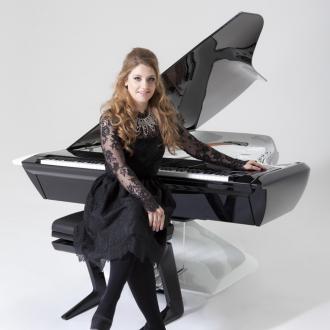 The 'Ghosts' singer says the One Republic frontman has helped her to make a ''big record'' when penning her debut album and thinks he has a special talent for songwriting after scoring number one singles for the likes of Leona Lewis and Beyonce.

She told the latest issue of Wonderland Magazine: ''I wanted to make this big record and have it played worldwide, and he knows a special formula to write songs like that''.

Ella rose to fame after making it to the live finals on 'The X Factor' in 2012 and although she lost out to winner, James Arthur, she went onto sign a recording contract with Sony.

Now the 18-year-old singer claims the two years spent making her album has helped her to discover her own sound and she is determined to take control of her career.

She mused: ''I don't wanna copy anyone, I didn't want to do a retro record. I wanted to do something new, and fresh.

''In the beginning I was open to anything, but you figure out what your sound is, and when you go into sessions there's certain things you have to be open, and honest on. When it comes to my music, when it's your job, you can be cutthroat about things.''