Ella Fitzgerald is remembered on what would be her 96th birthday by Google.

Ella Fitzgerald's 96th birthday was commemorated with a Google Doodle, with the woman who was known as the 'First Lady of Song' and the 'Queen of Jazz' joining the ranks of artists, physicists, biologists, film makers and more who have all been commemorated by the internet search engine. 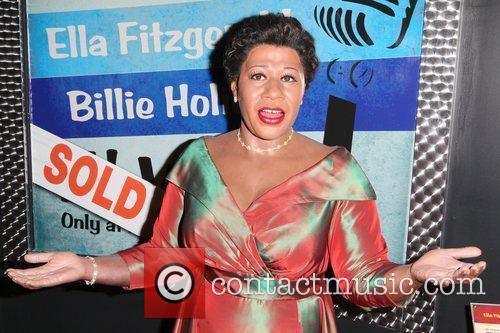 Born on April 25 1917, in Newport News, Virginia, Ella was raised by her mother and abusive step-father in Yonkers, New York before running away from home after her mother's death. At the age of 16 her life changed for the better when she won an amateur contest at the Apollo Theater in 1934, where jazz drummer Chick Webb took her under his wing and she began singing in his Big Band. Her life changed irreversibly from then on and Ella soon garnered the reputation of having one of the most soulful and emotional voices in jazz, with the singer influencing legions of listeners during the asteer post-War years all the way through to the early nineties, when diabetes forced Ella into retirement at the age of 74.

Her diabetes worsened after her 1992 retirement and in 1993 her legs had to be amputated below the knee. On June 15, 1996, after a life of both singing and living the blues, she died at 78 at her home in Beverly Hills. But here we are almost two decades later and still people are discussing her voice and commemorating her life, and for the singer whose style was 'singing how I like,' it is refreshing to know that real talent is still respected and appreciated today.

Celebrate 100 Years Of Ella Fitzgerald With Her Best Tunes

Happy Birthday To The First Lady Of Song, Ella Fitzgerald