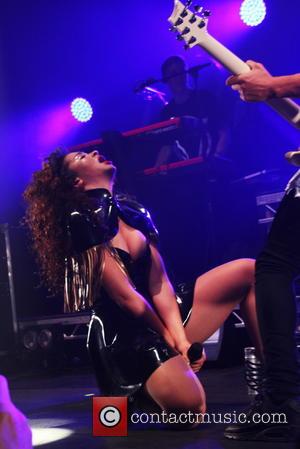 Picture: Shots of English singer songwriter Ella Eyre as she performed live on stage to a sell out crowd at the Camden Roundhouse in London, United...

The If I Go hitmaker has been dating drummer Morgan since the beginning of the year (15), but they are now believed to have called it quits because of their hectic touring schedules.

Morgan is currently in the U.S. with his band promoting their new single We All Want The Same Thing, and Eyre will start touring the U.K. on Tuesday (31Mar15).