British Singer Ella Eyre Has Opened Up About Her Split From Fellow Pop Star John Newman In A New Song. 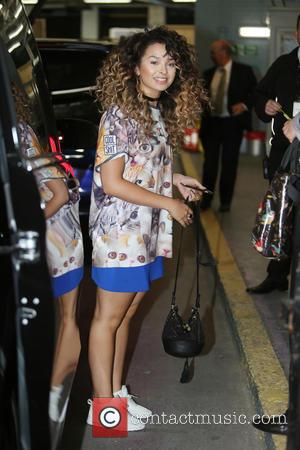 The Together hitmaker's relationship with the singer ended in 2013, and she subsequently struggled to deal with the break-up, telling Britain's The Sun newspaper, "We see each other all the time, but it was incredibly difficult to begin with. You want to shut out your ex-boyfriend but you can't because his face is on a billboard around every corner.''

Eyre has now channelled her feelings into a new track which appears on her forthcoming album Feline.

She tells British magazine You, "It's taken me this long to write about it because I never quite understood how I wanted to discuss what happened. My song Even If is about appreciating something that ended: instead of feeling bad, you can acknowledge whatever it was you did have."