After entering rehab for a second time earlier this week, the ABC News anchor is now planning a divorce with her husband of 12 years.

Elizabeth Vargas is going through a tremendously tough time as of late, the ABC News anchor has split from her husband of 12 years, singer-songwriter Marc Cohn, as she continues her battle against alcoholism in rehab. 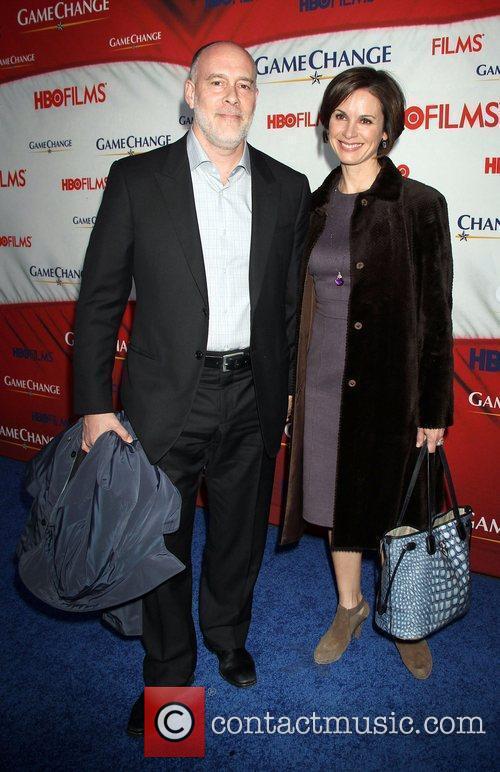 Vargas and Cohn are divorcing after twelve years of marriage

Earlier this week, Vargas confirmed that she has been forced to check back into a rehabilitation facility on Saturday (Aug 16th) to seek further treatment for alcohol abuse as she struggles to maintain her sobriety.

ABC News broadcaster Elizabeth Vargas was forced to check back into a rehabilitation facility on Saturday (Aug 16th) to seek further treatment for alcohol abuse as she struggles to maintain her sobriety. 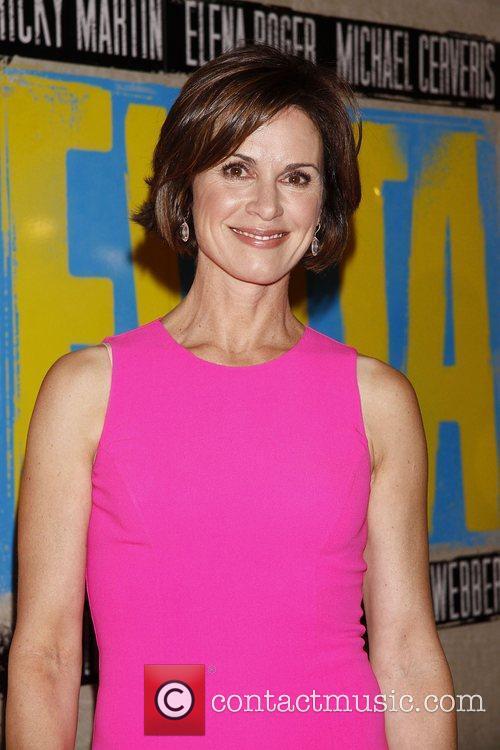 The 51 year-old '20/20' co-anchor decided to return to rehab after realizing she needed more assistance staying off the booze while on vacation in California.

By Elinor Cosgrave in Lifestyle / Showbiz on 26 January 2014

Dean McDermott, the husband of former Beverly Hills 90210 actress Tori Spelling, released a statement on Thursday in which he stated he was entering rehab to address "some health and personal issues." 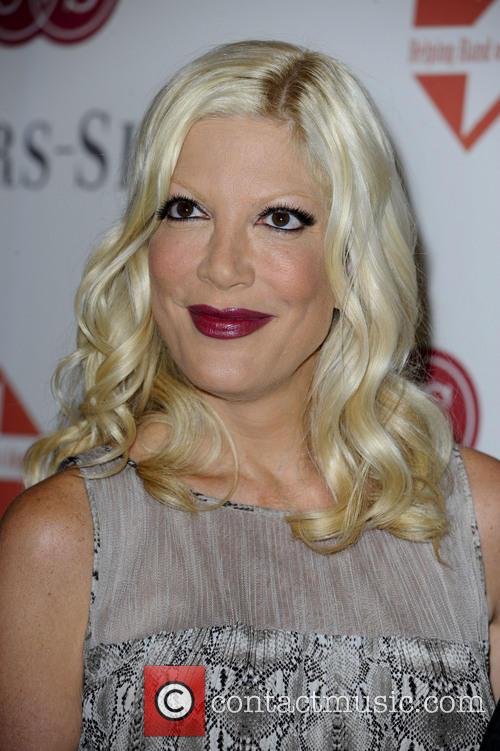 Tori Spelling is "devestated" by rumours of her husband's infidelity.

The 47-year-old actor released a statement earlier today, as People reports, which reads: "I am truly sorry for the mistakes I have made and for the pain I've caused my family. I take full responsibility for my actions and have voluntarily checked myself into a treatment centre to address some health and personal issues. I am grateful to be getting the help I need so I can become the husband and father my family deserves."

The journalist and 20/20 host is returning to her career after a rough patch.

ABC journalist Elizabeth Vargas made her return to television on Friday, January 24. The 51-year old journalist and TV host discussed her alcoholism, recovery and restarting her career in a pre-taped interview with Good Morning America’s George Stephanopoulos. It’s the first time Vargas has publicly discussed the issue.

Vargas made her return to television with an interview to explain the situation.

By Elinor Cosgrave in Lifestyle / Showbiz on 25 January 2014

Elizabeth Vargas, an anchor on ABC news, has admitted she suffers from alcoholism and is seeking help through AA.

Elizabeth Vargas, a presenter on ABC news, has publically admitted she is an alcoholic. The 51-year-old spoke on a pre-taped interview with Good Morning America. 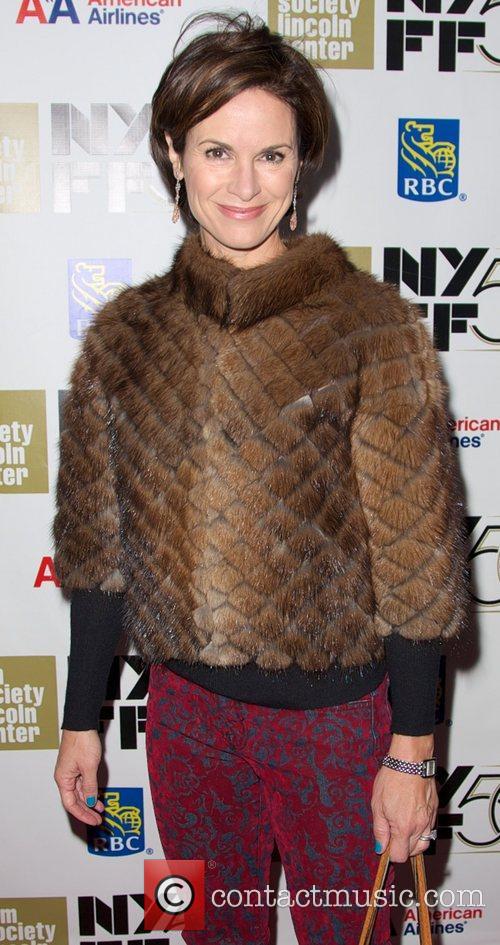 Elizabeth Vargas has admitted she is an alcoholic.

Continue reading: ABC Presenter, Elizabeth Vargas: "I Am An Alcoholic"

By Lauren James in Lifestyle / Showbiz on 07 November 2013

The news anchor head to rehab to combat her alcohol addiction.

Elizabeth Vargas had entered rehab to combat her alcohol addiction after going off air since October. The 51 year-old 20/20 news anchor has confirmed that she is currently undergoing treatment for alcoholism and will return to her job once she has managed to get her addiction under control.

Elizabeth Vargas Has Entered Rehab To Combat Her Alcohol Problems.

The mother-of-two issued the following statement to the NY Post's [email protected]: "Like so many people, I am dealing with addiction. I realized I was becoming increasingly dependent on alcohol. And feel fortunate to have recognized it for the problem it was becoming."

Continue reading: ABC Anchor Elizabeth Vargas Vows To Live "One Day At A Time" After Entering Rehab For Alcoholism

Elizabeth Vargas has admitted herself in to a rehabilitation clinic at an undisclosed location after admitting to having a problem with her alcohol consumption. The ABC News anchor was admitted to the clinic at some point over the past few weeks, with the announcement of her admittance coming on Wednesday, 6 November, via CNN.

"Like so many people, I am dealing with addiction," Vargas said in a statement released this week. "I realized I was becoming increasingly dependent on alcohol. I am in treatment and am so thankful for the love and support of my family, friends and colleagues at ABC News."

As well as not knowing the whereabouts of her treatment facility, the anchor and 20/20 host has also kept any information regarding how long she has been in the rehab clinic for under wraps too. The last time she updated her Twitter profile was on October 18, so there is a chance that she may have been seeking help for a few weeks already. She added in her statement, "Like so many others, I will deal with this challenge a day at a time. If coming forward today gives one other person the courage to seek help, I'm grateful."

ABC news anchor Elizabeth Vargas has been in rehab for the past couple of weeks, treating an alcohol addiction.

The '20/20' anchor has been missing rom her usually seat for weeks and now it is clear why.

According to the New York Daily News, the 51 year-old checked herself in a rehab facility a couple of weeks ago, with a source close to her telling the newspaper, "She's checked herself into a facility, and she's getting treatment."

'Insidious' star Patrick Wilson and his wife Dagmara Dominczyk arrive at the New York Film Festival premiere of one-man movie 'All Is Lost'. The star, Robert Redford, is seen talking to an interviewer on the red carpet with his wife Sibylle Szaggars standing next to him. The star has talked a lot about this unique film which contains almost no dialogue, and told UK Screens, 'I believe in the value of silence. When you take it into a dramatic form, it brings an intensity.'

Continue: Video - Patrick Wilson Spotted On The Red Carpet At 'All Is Lost' NYFF Premiere - Part 2

Double Oscar-winner Tom Hanks messed up big time and stunned millions of viewers (not to mention himself and the Good Morning America crew) on Friday (Oct 19) morning, after accidently swearing whilst on the live broadcasted morning show.

Hanks was chatting with GMA host Elizabeth Vargas about his upcoming movie Cloud Atlas, when Vargas asked the actor whether he could recite a few lines from the movie in character. Although warning Vargas "mostly, it's swear words," he was asked to proceed anyways and, as warned, he uttered the f-word much to the disbelief of himself and most of America.

Hanks immediately covered his mouth in disbelief and once Vargas, who was first to recover, issued an apology, Hanks looked into the camera and told the audience at home: "I slipped into a brand of acting. I have never done that before. I want to apologize to the kids in America that are watching this right now." 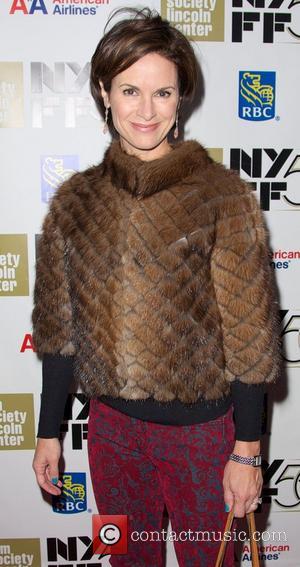