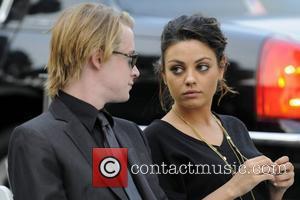 Picture: * JACKSON IS LAID TO REST AMONG THE STARS Stars including ELIZABETH TAYLOR, MACAULAY CULKIN and LISA MARIE PRESLEY turned out to honour MICHAEL JACKSON...

DAME Elizabeth Taylor is refusing to undergo vital surgery, despite enduring crippling neck pain - because she reportedly feels too weak to have any more operations.
The 78-year-old actress, who now predominantly uses a wheelchair, has been in hospital more than 100 times in the last 25 years to attend to back problems and have her hips replaced.
Taylor previously suffered a stroke in 1997 after surgery to remove a brain tumour and has been treated for skin cancer and bouts of pneumonia, amongst other ailments.
But despite suffering from scoliosis - a curvature of the spine - and coping with a sore neck, the Oscar-winning star is refusing any more operations, according to Britain's Sunday Express.
A source tells the publication, "I won't go as far as to say she has given up but she is adamant she can't face another operation. Some mornings her neck is in such acute pain she is barely able to lift her head. She spends most of the day sitting in a chair with her head slumped on her shoulder. It's the only position in which she feels anything like comfortable.
"It must be hellish for her but she says she is more sick of seeing the inside of an operating theatre than anything else. She told me: 'This is no way to live, forever in hospital' but the truth is she urgently needs an operation to relieve the pressure and pain her crooked spine is causing."