Elizabeth Taylor To Stay In Hospital

Dame Elizabeth Taylor is set to stay in hospital for the next few days after being taken to Los Angeles' Cedars-Sinai Medical Center last week because of symptoms caused by congestive heart failure. 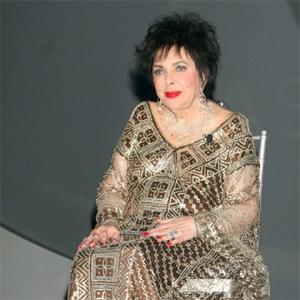 Dame Elizabeth Taylor is set to stay in hospital for the next few days.

The 78-year-old actress was admitted to Los Angeles' Cedars-Sinai Medical Center last week for symptoms caused by congestive heart failure and while she is responding well to treatment, doctors are keen to keep her under observation for a short time.

Her spokeswoman Sally Morrison said: "She had a pretty good day Saturday (12.02.11), and a good night.

"At this stage, with her history, they're going to want to keep her in for a while just to make sure they've fixed what they needed to fix."

The screen icon has a long history of medical problems, as well as congestive heart failure she has overcome two bouts of pneumonia, a respiratory infection and a benign brain tumour which she had removed in 1997.

In recent years, she has had to use a wheelchair when out in public.

Oscar winner Elizabeth - who has appeared in more than 50 films - has previously been wed eight times to seven different men, including the late actor Richard Burton, who she married and divorced twice.