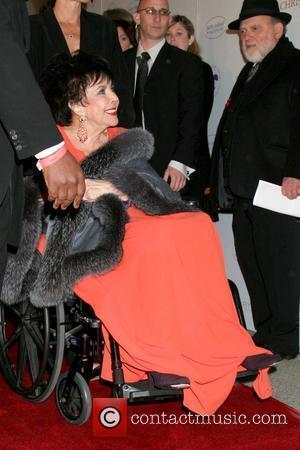 Hollywood's grand dame Elizabeth Taylor has become the latest star to attack American President George W Bush over his handling of the war with Iraq.

Speaking at an AIDS benefit in Los Angeles yesterday (19MAR03), the 70-year-old actress criticised Bush for making what she said were ridiculous demands of Iraqi leader Saddam Hussein, in asking him to flee his country.

She said, "I can't imagine the thought of us going into World War Three. I think it is so stupid.

"How can we expect this man who is a dictator and probably the most vain man in the world to leave his palace and his country in 24 hours?

"If that proposal was given to President Bush, can you see him packing his bags?"

But Taylor is glad to hear that OSCARS bosses have scrapped the red carpet razzmatazz at this year's (03) Academy Awards.

She adds, "I'm glad. I think all that is frivolous."