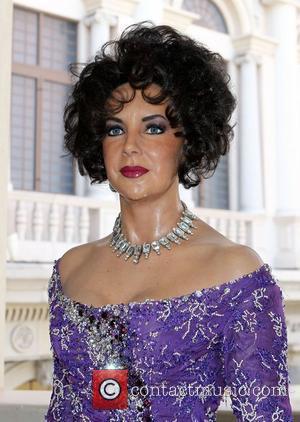 A portrait of late screen icon Dame Elizabeth Taylor by famed artist Andy Warhol has sold for nearly $27 million (£16.9 million).
The colourful picture, titled Liz #5, was one of a number of pieces created by Warhol in celebration of the Hollywood star, and it generated massive interest when it hit the auction block in New York on Thursday (12May11).
The 1963 silkscreen sold for a staggering $26,962,500 (£16,851,563), surpassing the previous total for another of Warhol's Taylor prints, 1963's Liz, which sold for $23 million (£14.4 million) in 2007.
Taylor died of congestive heart failure in March (11).