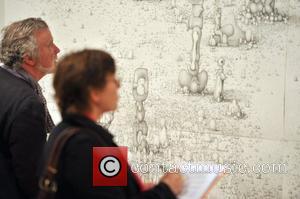 Elizabeth Price will be dominating the headlines today (December 4, 2012), after wining the Turner Prize last night. She’s a relative unknown, so what exactly has the Bradford-born, Luton-raised artist been doing all these years and why have we only just heard of her?

Before making a living as an artist, Price was a member of the indie pop band Talulah Gosh. The band are said to have formed after Price met Amelia Fletcher in a club in Oxford, bonding over the fact that they were both wearing Pastels badges. They formed the band and took their name from the headline of a Clare Grogan interview in NME. Before long, they found themselves spearheading the twee-pop sound of the 1980s. Of course, no indie band of that time was worth their salt unless they’d recorded a session for the BBC’s John Peel show and sure enough, that was broadcast in 1988. Having made their live debut in 1986, the band split just months after their Peel session. Though their existence was brief, their legacy is synonymous with the C86 movement forged by NME.

It is no surprise then, that Price’s award-winning artwork is knee deep in musical history. Entitled The Woolworths Choir of 1979, the video piece combines footage of The Shangri-Las performing ‘Out in the Street’ with footage of a furniture store blaze (which went on to change UK fire laws) and shots of ecclesiastical architecture. The Guardian’s coverage of the awards noted that the Turner Prize exhibition was dominated by Price’s work, both in the public’s appreciation of it and by its sheer volume, as visitors “can hear the clapping and singing from throughout the galleries.” Price, the former member of Talulah Gosh, now joins the ranks of Gilbert & George and Damien Hirst – both former winners of the prize and major players in the British art world.