Named On The BAFTA Rising Star List, But Just Who Is Elizabeth Olsen? 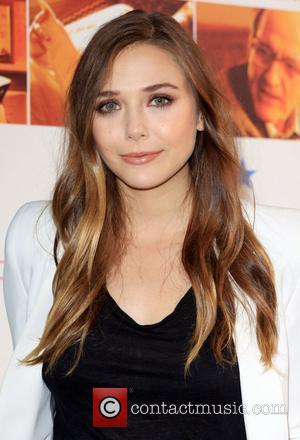 “Elizabeth Olsen? I’ve never ruddy heard of her!” you might be saying, perhaps rubbing your glasses to make sure they’re clean for comic effect. Certainly there weren’t many who were aware of the American actress as she was revealed as one of the BAFTA’s (British Academy of Film and Television Arts) Rising Star list for 2013; that’s sort of the point, really, these aren’t stars yet. They are stars-to-be, nevertheless we'd better do some explaining for you.

So who exactly is she? Well the surname might give it away a bit. No, she’s not related to former Manchester United winger Jesper Olsen (as I’m sure you were all guessing), she’s the younger sister of entrepreneurial millionaires Mary-Kate and Ashley Olsen! Bearing an uncanny likeness to the pair, Olsen has also – like them – initially made her way in the acting world. She made a big impact in the 2011 film Martha Macy May Marlene, which saw her play a young woman suffering from delusions and paranoia after returning to her family from a cult in the Catskill Mountains. The performance saw her take a win at the Phoenix Film Critics Society Awards for Best Actress, among others, as well as picking up a host of nominations elsewhere including at the Independent Spirit Awards for Best Lead.

A quieter year followed last year, but Olsen has four roles set to be released this year, with beat poet drama Kill Your Darlings, the Demi Moore-starring Very Good Girls, Therese Raquin  - based on an 1867 novel - and the Spike Lee-directed Old Boy. With such a diverse range of films, it’s clear that Olsen’s talent is burgeoning, and we think that the BAFTA might well be right to have named her as one to watch.

Watch the trailer for 'Red Light', which Olsen starred in last year