Elizabeth Olsen is reportedly being considered to play new superhero Scarlet Witch in 'The Avengers: Age of Ultron' after Saoirse Ronan pulled out of the role. 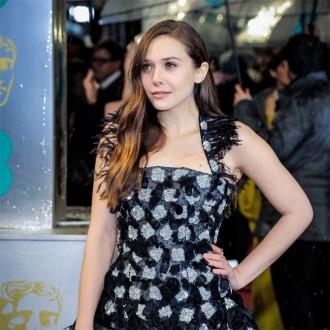 Elizabeth Olsen is being lined up to play Scarlet Witch in 'The Avengers: Age of Utron'.

The 'Kill You Darlings' actress is set to play the new addition to the Marvel movie's cast after 'The Host' star Saoirse Ronan reportedly turned down the part, according to BleedingCool.com.

Ronan is thought to have been director Joss Whedon's first choice for the role but he has now turned his attention to Olsen to play Wanda Maximoff, aka Scarlet Witch, who will join 'The Avengers' along with her brother, Quicksilver.

'Kick-Ass 2' star Aaron Taylor-Johnson is in talks to play Olsen's speedy superhero sibling, and should they both sign on, it would mean a big screen reunion for the duo after recently filming Gareth Edwards' 'Godzilla' reboot together.

In Marvel comic book lore, Quicksilver and Scarlet Witch are the offspring of 'X-Men' villain Magneto.

The new characters will join returning cast members including Robert Downey Jr. as Iron Man, Chris Hemsworth as Thor, Chris Evans as Captain America and Mark Ruffalo as the Hulk.

Additionally, Scarlett Johansson is expected to reprise her role as Black Widow/Natasha Romanoff and Samuel L. Jackson will return as Nick Fury.