Elizabeth Olsen: 'Sex Scenes With Me Must Have Been Weird For Brolin' 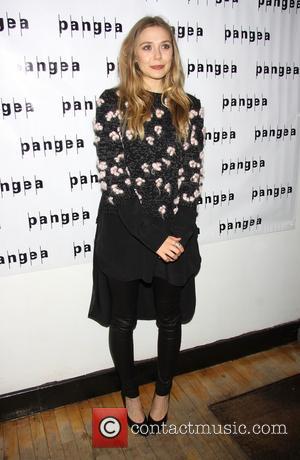 Actress Elizabeth Olsen really felt for Old Boy co-star Josh Brolin during their lovemaking scenes in the film - because she's the same age as his daughter.

The younger sister of the Olsen Twins admits she was a lot more comfortable than Brolin because she had a promise from director Spike Lee that she would not appear completely nude onscreen - but she accepts the sex scenes must have been tough on the W star.

Speaking before the film's New York premiere on Monday (11Nov13), the 24 year old tells Wenn, "It was probably weirder for him than for me because he has a daughter my age, so I'm sure that was weird for both of them.

"By the time we had to do all that awkward stuff, that was way down the line of shooting. We were already like a family with the crew and Spike. It wasn't something that was beaten around the bush. In our first meeting Spike said, 'What are we doing about that?' I'm like, 'Ok, I guess we're talking about this now, which makes it easier'. He just wanted to know what I'm cool with and what I'm not cool with. What would be off limits is showing (my genitals)... but apparently everything else was a go. That's all he wanted to know.

"He and I are both very direct people. If this is what you're not getting just say it; you're not gonna offend me. I think it's because we're all kind of athletic in a way and we all respond to things that way and that's how he directs and I appreciate that. He's the most collaborative man I've ever worked with."