Elizabeth Olsen appears to have landed her biggest role to date. 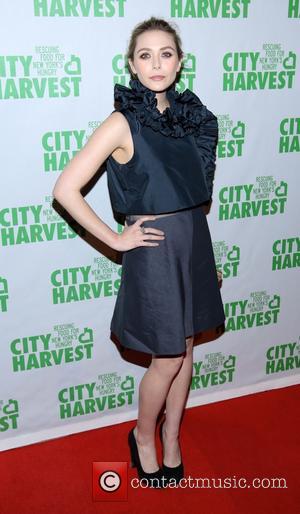 Jackson spilt the beans while discussing his cameo on Marvel's Agents of S.H.I.E.L.D with the Wall Street Journal.

"I know we're shooting in London, that James Spader is Ultron and going to be the bad guy, and that we added Ms. [Elizabeth] Olsen [who will play the Scarlet Witch], but I don't know what she's doing, if she's on the inside or the outside. I haven't seen a script."

It's huge news for Olsen, the younger sister of fashionista child stars Mary-Kate and Ashley Olsen. She broke though in the horror remake Silent House and impressed in cult drama Martha Marcy May and Marlene and the indie-drama Liberal Arts. She's already filmed a couple of biggies, including Spike Lee's Oldboy remake and Gareth Edwards' Godzilla movie. Obviously Age of Ultron will be her biggest movie yet, and probably has a fair chance of becoming the biggest movie in cinema history.

Now, the Scarlet Witch has a twin brother in Quicksilver, the mutant who can move and think at superhuman speeds. So far, there's nothing official though Kick-Ass's Aaron-Taylor Johnson has entered negotiations for the role, according to Cinema Blend.

The hotly anticipated sequel won't hit cinemas until May 1, 2015, though according to Jackson, production could begin as early as March 2014. There's still no word on the elusive script or how Joss Whedon plans to shape the next instalment in the likely franchise.

Speaking to MTV about eight months ago now, the filmmaker said it was making good progress with the script, I've done the outline," he said, "I'm writing the script now and so the script should be done in a couple of months. I'm pretty excited about it, I have to say."

Whedon warned that he wouldn't necessarily make the movie 'bigger' in terms of budget and would instead concentrate on developing character. "Don't go bigger; go deeper. All of these people have met, so you have that out of the way. Now you can spend your time just digging in - and by digging in, I mean with a scalpel, to cause pain," he said. Elizabeth Olsen At The BAFTAs in London.