Elizabeth Olsen Engaged, But Where Is Her Career Headed?

Elizabeth Olsen is engaged to actor and model Boyd Holbrook, but what does she have lined up for her career?

The younger (and much taller) Olsen sister, Elizabeth Olsen, has become engaged to boyfriend Boyd Holbook. The pair have been dating for over two years now and began living together in Brooklyn just a few months ago. Holbook obviously enjoyed living with Elizabeth so much that he just knew she was the girl for him! 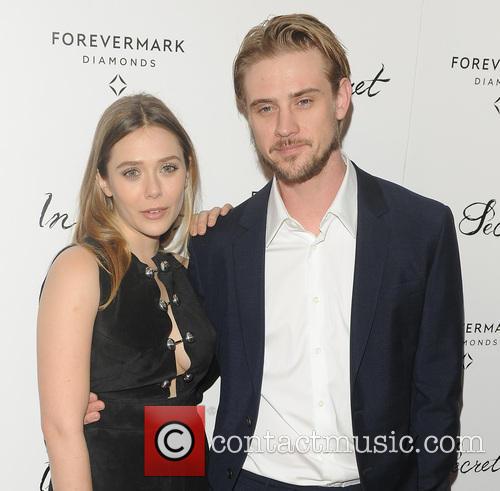 The news comes not at all long after Elizabeth’s big sis, Mary-Kate, announced her engagement to French banker, Olivier Sarkozy. We wonder if a double wedding could possibly be on the cards? Or would that be reserved for the twins if Ashley decides to get hitched to current beau, 47 year old director Bennett Miller. Perhaps a triple Olsen wedding? Although both Mary-Kate and Ashley's partners have quite a few years on 31 year old Boyd!  There would be quite a range of guests at the wedding!

Compared to her entrepreneurial big sisters, Elizabeth was fairly late to join show biz. Although she began acting at age 4 alongside Mary-Kate and Ashley, her first major role came when she starred as Martha in Martha Marcy May Marlene in 2011. The film focuses on Olsen’s character who has just escaped life in an abusive cult and the psychological effects that her time there has had on her. Olsen was highly praised for her portrayal of damaged Martha and was nominated for numerous awards. In January 2013 Olsen was nominated to win the BAFTA Rising Star Award, although she lost out to English actress Juno Temple.

Elizabeth has since gone on to star in a number of indie and more commercial projects, including an English language version of Oldboy, the upcoming Godzilla movie with Bryan Cranston and is currently filming for Avengers: Age of Ultron, in which she will be playing the Scarlet Witch.  Starring in such a big budget movie will definitely catapult the actress in to the more commercial lime light!

Olsen’s new fiance, Boyd Holbrook’s career is equally on the rise. Boyd, who is also a fashion model and artist, has previously starred in Milk alongside Sean Penn and Josh Brolin, as well as playing Kyle O’Shea in the movie adaption of Stephanie Meyer’s The Host and has landed a role in upcoming movie Gone Girl, which looks set to be a huge hit if the book is anything to go by.

Congratulations to Elizabeth and Boyd, it looks like these two may be the next Brad and Angie, the way things are going!