'The Royals': Are The Critics Bowing Down To E!'s First Scripted Drama?

The series starring Elizabeth Hurley premieres tonight in the US.

Tonight US audiences get their first look at ‘The Royals’, E!’s new (and first ever) scripted drama, focusing on a fictional British royal family. Starring Elizabeth Hurley as the feisty matriarch Queen Helena, the series looks to be as melodramatic as ‘90210’ and as decadent as ‘Gossip Girl’. But is 'The Royals' actually worth turning over an hour of your Sunday evening to? 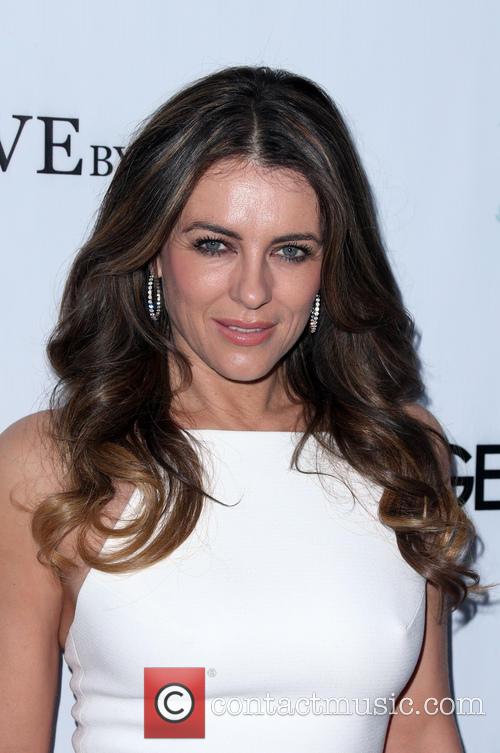 Elizabeth Hurley stars as Queen Helena in 'The Royals'.

At the center of the series is Elizabeth Hurley who seems to be always available when American television is in need of an upper-class British sexpot. But Hurley’s Queen Helena, or as The Los Angeles Times’ Mary McNamara describes her ‘an Ivanka Trumped-up version of Princess Diana’, seems to lack the necessary depth to make her watchable beyond the show’s first 15 minutes.

Indeed the series as a whole seems to suffer from relying too heavily on the novelty of seeing very posh British people behave very badly. “There are moments when the show that "The Royals" could have been shines through,” McNamara writes.

“But they are quickly muffled by the "thrill" of seeing a girl raised in America dating a Real Live prince or hearing Helena say "vagina" and "whore" and "FML," just as if she weren't, you know, the Queen of England.”

The series isn't the only big premiere E! has in store for us tonight, with ‘Keeping Up With the Kardashians’ making its 10th season debut in the hour before. This of course has led to comparisons between the two shows, after all they both feature the very rich, but only one includes actual royalty. Joan Collins will appear later in the series

Perhaps the show 's creators drew a little too much inspiration from the reality realms for the series, rather than the actual British royal family, which would make for a more intriguing plot.

“It turns out the show indulges no stereotypes of British upper-crust sophistication, instead making its royals into dull copies of any generic American celebrity clan,” writes The Atlantic’s Spencer Kornhaber. Adding that the series ‘feels utterly charmless and out of time’.

But while some will of course revel in the show’s trashiness, others may actually end up finding new respect for the Kardashian clan, who after ten seasons on E! really are the closest thing the network has to royalty.