Hurley: 'Corporate Link Is Not A Secret' 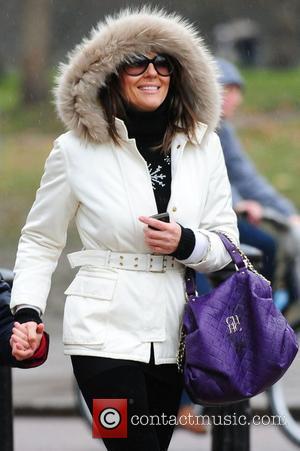 Picture: Liz Hurley leaving Winter Wonderland with her hood up, following the split with her husband London, England - 16.12.10

Elizabeth Hurley has addressed reports she's in trouble for plugging products on Twitter.com, insisting "it's hardly a secret" she works for cosmetics giant Estee Lauder.
The British actress is among the high-profile Twitter users who could face an official investigation for advertising goods on the microblogging site without disclosing their relationship with brands.
But Hurley is adamant her rave reviews of Estee Lauder products aren't deceptive - because she's been a public spokesperson for the firm for years.
In a post on her Twitter.com page, she writes, "It's hardly a secret that I work for Estee Lauder - I've modelled for them for 17 yrs (sic)! Love telling u about their products - they're the best."