Elizabeth Hurley says she and her 13-year-old son Damien share a special bond and are ''very close''. 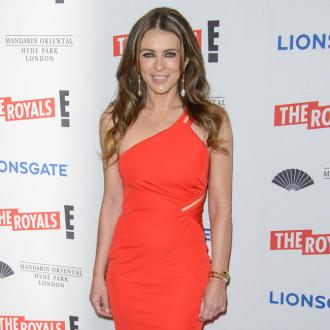 Elizabeth Hurley's son is her ''north, south, east and west''.

The 49-year-old actress says 13-year-old Damien - whose father is American businessman Steve Bing - is her world and the pair have a very special bond.

She said: ''Without doubt my son is my north, my south, my east and my west. I stopped doing movies and TV for the first eight years of his life and I don't regret it for a moment.''

''Damien and I are very close. He's almost my height now, which is slightly alarming. I am more like an Italian mother than an English one.''

Hurley is confident Damien will carry on being a good boy throughout adolescence and she hopes he doesn't have a rebellious phase like her.

In an interview with HELLO! magazine, she said: ''I'm praying he'll be a good teenager but I was a horror so we'll have to see.''

'The Royals' actress is currently single after splitting from retired cricketer Shane Warne but she insists she's always stayed friends with all her exes.

Hurley - who famously was in a 13-year relationship with Hugh Grant -said: ''Damien adores Uncle Hugh and Aryn (Nayar) plays a major role in Damian's life. I love everyone getting on and hold my exes in the highest regard.''

And it seems the youngster is following in his famous mother's footsteps since he adores showbusiness.

She said: ''He writes and shoots mini movies and then bullies me and all my friends to be in them. Uncle Hugh and others have been very patient and he's also batted his eyelashes at Joan Collins who's agreed to shoot a scene for him over the summer.''