Elizabeth Hurley has admitted she has a crush on Aaron Paul's 'Breaking Bad' character Jesse Pinkman. 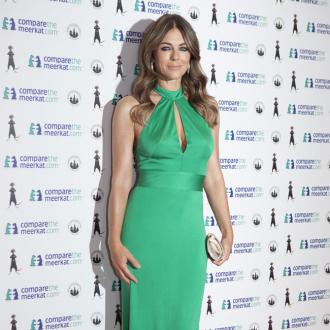 Elizabeth Hurley has a crush on Aaron Paul.

The 49-year-old star recently started watching multi award-winning crime drama 'Breaking Bad' and admits she is a big fan of meth manufacturer Jesse Pinkman, who the 35-year-old actor portrayed in the successful series from 2008 to 2013.

The brunette beauty - who is dating millionaire businessman David Yarrow - tweeted: ''Is it wrong to have a crush on Jesse?

''I don't want to leave the house- I only want to stay home and watch Breaking Bad. Can't believe I waited so long.... (sic)''

Elizabeth recently took to her Twitter account to reveal she had only just started watching the programme - which tells the story of a chemistry teacher who turns to crime by producing and selling meth when he finds out he has lung cancer - and was ''enthralled'' by it after a few episodes.

While 'Breaking Bad' has been taking up a lot of Elizabeth's attention of late, she caused chaos in her countryside pad yesterday (21.09.14) when she caught site of a massive fox and scared her pet parrot Ping Pong.

She wrote: ''Just saw a massive fox slink past the window; I screamed, making my parrot shriek, the dogs go beserk & my friend drop his wine glass. Chaos (sic)''