Elizabeth Hurley Had No Prenup With Arun Nayer

Elizabeth Hurley didn't sign a prenuptial agreement to protect her £13 million Fortune with estranged spouse Arun Nayer prior to their 2007 wedding. 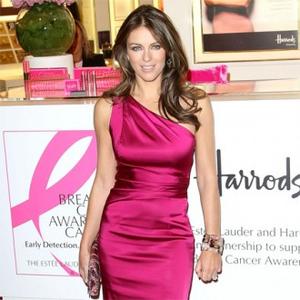 The British actress-and-model - who announced on Sunday (12.12.10) she had split from the Indian textile heir "months ago" - did not put a legally-binding agreement in place to protect her £13 million Fortune prior to the couple's two lavish wedding ceremonies in 2007.

A source told the Daily Mail newspaper: "A prenup would have been a deal-breaker for Arun. He has his pride."

The 45-year-old star's personal assets include a £4.3 million farmhouse in Gloucestershire, South-West England, as well as a £2.5 million townhouse in London's exclusive Chelsea district, which she still co-owns with her ex-boyfriend Hugh Grant.

Despite Arun coming from a wealthy Indian family, it is believed he has no assets in the UK.

Though the couple had no prenuptial agreement, it is not expected that Elizabeth will have to hand over a large portion of her fortune.

London-based divorce lawyer Ayesha Vardag - who is not connected to the case - said: "He would be very unlikely to get half Miss Hurley's fortune because her assets were mainly acquired before their marriage."

While Shane is divorced from ex-wife Simone Callahan, the pair were said to be heading towards a reconciliation prior to the revelations, though he has since insisted he has not been romantically involved with his former spouse for some time.

He wrote on his website: "Sadly and unfortunately, Simone and I split up a while ago, our close friends and family were informed at that time. It is a private matter so we did not make it public. We remain friends and will continue to be good parents."