British Actress Elizabeth Hurley Was Escorted Out Of London's Victoria And Albert Museum After Setting Off An Alarm By Sitting On A Famous Bed. 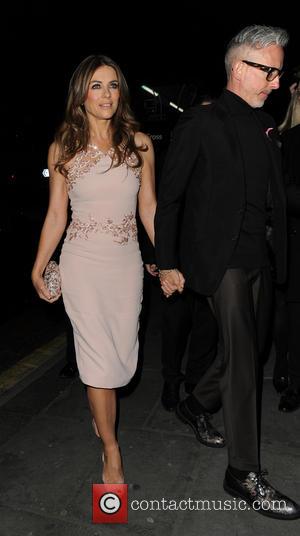 The Bedazzled star was looking at the exhibits with her friend, shoe designer Patrick Cox, last week (ends11Oct15) when she decided to take a photograph while perched on the Great Bed of Ware, a giant four-poster dating from the 16th Century.

However, Elizabeth was left red-faced when she set off an alarm and was escorted out of the building by security staff for breaching the museum's 'no touching' rule.

"As we were leaving, Liz and I wanted to take a quick selfie on this really old bed," Patrick tells Britain's Daily Mail newspaper. "The alarm went off and all these security guards came and escorted us out of the building. It was very funny."

The actress, who stars as a British monarch in U.S. TV drama The Royals, writes of the incident on Instagram.com, "Oops. Couldn't resist perching on this magnificent bed in the glorious V&A last night... and set all the alarms off. Thank you to the @vamuseum staff for being nice (sic)."