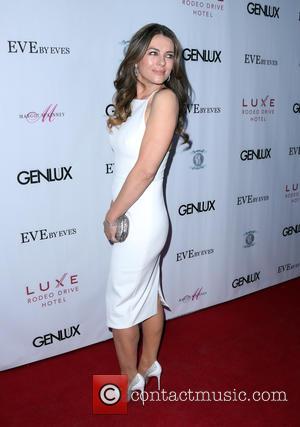 Thurman hit headlines last month (Feb15) when she stepped out for a screening of her TV series The Slap sporting a new look, which prompted critics to suggest the actress had turned to cosmetic surgery.

The headline-grabbing pictures came just months after Renee Zellweger sparked a debate over her 'new face' when she was pictured looking visibly different at her first public appearance in months, and Bedazzled star Hurley has now jumped to Thurman's defence.

She tells Britain's The Times Magazine, "I don't know Renee Zellweger, so I can't comment on that, but I have seen Uma recently, and in real life she is exactly the same. I think that was weird make-up in that picture... I think she had no make-up on and red lipstick. To be honest I would look horrific if I went out with no make-up on and red lipstick. You would go 'Christ! What has she done!'"

After the mishap, Thurman admitted she looked different because she had experimented with make-up, not cosmetic procedures.