'Dynasty' actress Elizabeth Gillies has married Michael Corcoran after the pair pushed their wedding back from April due to the coronavirus pandemic. 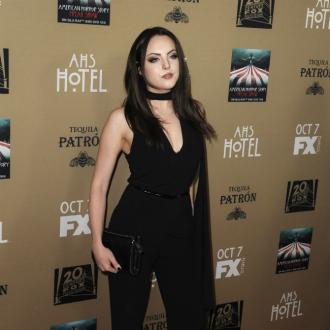 The 'Dynasty' actress and the composer tied the knot on August 8th, after the happy couple were forced to put their April nuptials back due to the coronavirus pandemic.

The pair married at a farm in New Jersey, and drove an RV for the first time 830 miles from Atlanta to their wedding venue.

She told Vogue magazine: ''We'd never driven one before, so the whole thing was a bit insane, but Michael did a great job.

''We got tested before we left and quarantined with my family for two weeks before the wedding. With everything going on, it felt so nice to be in my childhood home with nothing to do but relax leading up to the big day. We cooked and took the dogs for long walks and really just enjoyed each other's company.

''It felt good to slow down. Overall, we were very fortunate to be able to safely spend this time with family. It was incredibly special.''

Elizabeth and Michael were initially due to marry on April 25th - their dog Otis' birthday - this year at the St. Regis in Atlanta, but they had to change the date as a result of the pandemic.

She added: ''Once we saw how dire the situation was, we knew we had to postpone.

''It was a no-brainer for us. Aside from the obvious travel and crowd restrictions, it didn't feel right to be celebrating in such a big way when there was so much going on in the world.

''It would have been in poor taste to burden people by asking them to risk their lives to come to our wedding. There were more important things to focus on. Our wedding could wait.''

Elizabeth's father Dave Gillies became ordained so he could marry the pair.