Elizabeth Bank's career is steadily blowing up at the moment, it isn't too surprising that her character in 'The Hunger Games' has been expanded.

As 'The Hunger Games: Mockingjay Part 1' continues to dominate the American box office and build anticipation to next year's concluding chapter, one member of the ensemble is emerging as a scene-stealer. Elizabeth Banks' character Effie Trinket was always the most colourful thing about these films, and the screenwriters cleverly contrived a way to work her into 'Mockingjay', even though Effie has a different fate in the novel. 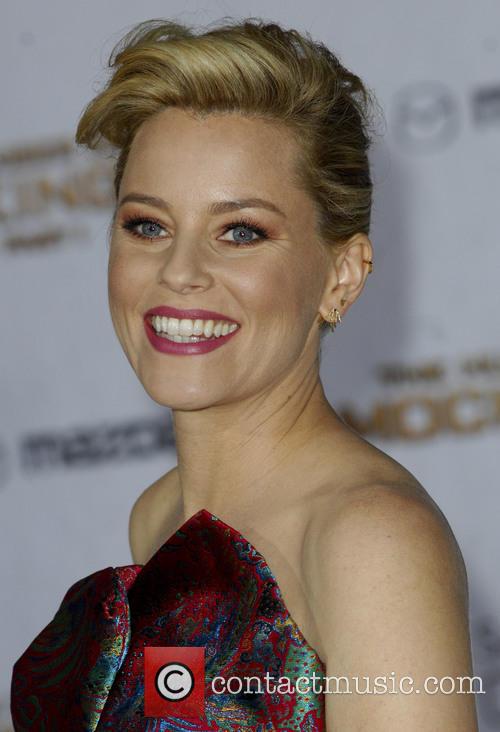 Bank's character in 'The Hunger Games' has been expanded

Instead of introducing yet another character from the books, novelist Suzanne Collins and director Francis Lawrence instead proposed bringing Effie to the rebel base at District 13. "Everyone sort of came to me and said it would be really fun to keep her involved in the story," says Banks. "And of course I'm thrilled to get to go to District 13 and take care of Katniss a little bit longer!"

More: Read The Review For 'The Hunger Games: Mockingjay Part 1'

Fans have responded positively to the change, because Effie is a beloved character and her transformation in 'Mockingjay' adds a blast of badly needed comical energy to the film: she has been stripped of her colourful, preening outfits and is struggling to make her ragged refugee clothing look stylish.

Watch The Trailer For 'The Hunger Games: Mockingjay Part 1' Here:


"Effie really is a fish out of water in District 13," says Banks. "She finds herself having to Project Runway her way through the wardrobe that's given to her! She of course can make anything fabulous."

But Banks enjoyed the chance to deepen the character. "It's been great to see a total evolution for Effie over the course of the films," she says. "I love the fact that she has the capacity for emotional growth."

Next up for Banks is a return to her snarky character in 'Pitch Perfect 2', which will also mark her feature directing debut. And then she'll costar in another sequel, 'Magic Mike XXL'. "When they call and ask if I want to be in 'Magic Mike', why would I say no?"