A California Judge Is Preparing To Dismiss A Copyright Lawsuit Filed Against Actress/director Elizabeth Banks And Her Producer Husband Over Their 2014 Movie Walk Of Shame. 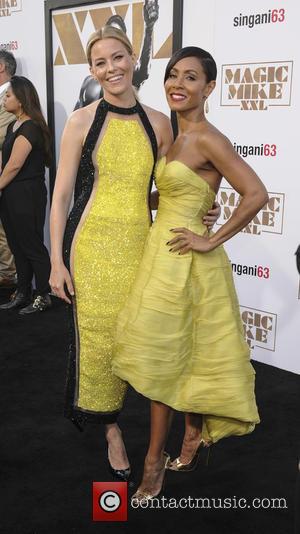 Filmmaker Dan Rosen filed suit last year (14), claiming the movie, in which The Hunger Games star portrayed a news anchor stranded after a one-night stand, was based on a script he pitched to the couple in 2007, titled Darci's Walk of Fame.

Rosen alleged he forwarded a draft of the screenplay to Banks via a mutual friend, in the hopes of having her star in the film, and he even had a meeting with the blonde beauty and her husband Max Handelman about the project.

However, they never got back to Rosen about the film and reportedly kept a hold of the script, which he believes served as the basis of Walk of Shame.

Rosen sued for copyright infringement and breach of implied contract, but producers at Lakeshore Entertainment, the company behind the movie's release, insisted the case was "meritless" as it had been developed before Banks came onboard.

In the motion to dismiss, the defendants' lawyers insisted the two films were not "substantially similar", adding, "But for the concept, which is not protectable, there is nothing here."

The case has been taken under submission and an official order is expected to be issued in due course.