Elizabeth Banks To Play Effie In The Hunger Games? 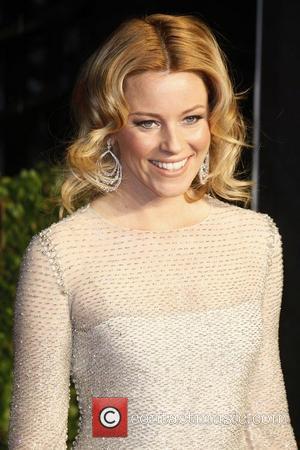 Elizabeth Banks, the American actress and star of '30 Rock', is reportedly in talks to join the star-studded cast of 'The Hunger Games'. Elizabeth Banks is being tipped to play the role of 'Effie Trinkett', a pink haired executive who works for the company running the gladiatorial games, according to 'The Wrap'.
Banks, best known for her roles in 'Zack and Miri Make a Porno' and 'Role Models' is said to be the first choice of director Gary Ross, who has been given the job of adapting Suzanne Collins' bestselling novel. If the actress signs on to the picture, she would join Oscar nominee Jennfer Lawrence, who has already landed the role of 'Katniss Everdeen', Josh Hutcherson who will play 'Peeta' and the Australian actor Liam Hemsworth who is cast as 'Gale'. The film's production company 'Lionsgate' announced two more additions to the cast on Monday (18th April 2011), confirming that Hollywood newcomers Dayo Okeniyi and Amandla Stenberg will play 'Thresh' and 'Rue' respectively. 'The Hunger Games' follows the story of a United States that has collapsed and is replaced by a nation named 'Panem', which is divided into 12 official districts. The title refers to a brutal televised event whereby children are forced to fight to the death.
Elizabeth Banks recently completed filming the forthcoming drama movie 'Welcome to People', which is scheduled for release in 2012. The movie also stars Olivia Wilde and CHRIS PINE.