Elizabeth Banks claims 'Pitch Perfect 3' will only be made if ''fans embrace'' the current sequel. 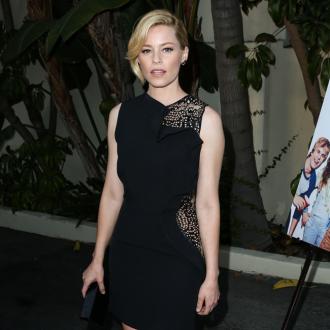 Elizabeth Banks claims 'Pitch Perfect 3' will be made if ''fans embrace'' the current sequel.

The second musical comedy movie, 'Pitch Perfect 2', topped box offices in the US and UK over the weekend, but the film's director admitted they are still unsure whether a third movie will be made.

She said: ''I will say, it would be disingenuous to say that no one's talking about a Pitch Perfect 3; the possibility of it.

''We are really focused on getting as many butts in seats for this one. If fans embrace it, we are going to seriously think about what the continuing journey would look like, but we don't know what that is yet.''

The second movie sees stars such as Anna Kendrick and Rebel Wilson reprise their roles as singing students in The Barden Bellas a capella group, and despite the positive reaction from audiences, Elizabeth, 41, confessed they haven't thought of what could happen in a third film.

She told Collider.com: ''I guess I really love the story of legacy in this one, I knew I wanted the riff-off to look pretty much exactly what the riff-off looks like in this movie and I knew what the finale looked like, so I had some connection points into the story that really jazzed me up, and I don't know what the story of the third one is yet. So I can't say... but I'm excited to delve in and figure it out.''