Elizabeth Banks spent four hours in make-up every day to portray her 'Hunger Games: Catching Fire' character, wig-wearing Effie Trinket, but she loved hiding under the disguise of her alter-ego during the movie. 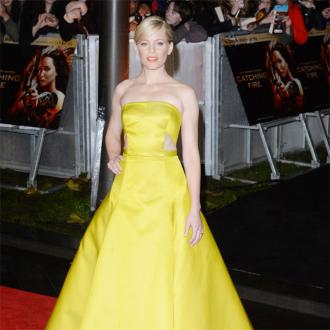 The 39-year-old star plays wig-wearing chaperone Effie Trinket in the film franchise, and the blonde beauty admits it is worth spending so much time getting a makeover for the role because she loves her character's eccentric look in the movie.

Speaking at the world premiere of 'The Hunger Games: Catching Fire', she told BANG Showbiz: ''Effie required a total transformation and it took about three to four hours every day from when I arrive to when I go on set to shoot.

''But it's worth it because there's no Effie without all that.''

Elizabeth admits she loves to ''disappear'' under her character's make-up because she prefers people not to think she is on-screen.

She added: ''It really helps me to get into character, I love to disappear. I don't want to see her I'm very happy to see Effie on screen and not me.''