Tweet: "Just got my first ever Twitter-hack.. That's f'd up a**holes, gonna try to fix asap." Actress Eliza Dushku was unimpressed after an impostor gained access to her Twitter.com account on Monday (25Jun12).

Tweet: "My truck just bugged out, I got a parking ticket, and my sunglasses attacked me somehow cutting/bruising my lip. wtf (what the f**k) is goin on June?" Actress Eliza Dushku has a bad start to the month.

Tweet: "I've arrived... at the over 30s club.!! Thanks for all your #Love n #happy wishes friends ;) xx's from #vegas #baby" Actress Eliza Dushku is enjoying celebrating her 31st birthday in Las Vegas.

Tweet: "Definitely gained about 5-10 happy lbs. on this #Albania #Turkey trip. Cheese, meats & sweets are irresistible over here!" Actress Eliza Dushku is indulging in the local food while on vacation in Albania, where she was recently made a citizen thanks to her dad's heritage.

Quote: "I'm on a cleanse and I can eat, like, lettuce." Actress Eliza Dushku on her strict diet.

Quote: "I wanna play a ninja... I used to have Chinese stars and nunchucks as a kid." Actress Eliza Dushku on her dream film role.

Fact: Eliza Dushku's boyfriend, former basketball star Rick Fox, is facing a fine of almost $500 (£333) and a stint at traffic school after he was allegedly caught driving his car through a red light in Los Angeles recently.

Fact: Actress Eliza Dushku, accompanied by her boyfriend Rick Fox and her nephew, helped serve Thanksgiving dinners to the homeless at a shelter in Boston, Massachusetts on Thursday (25Nov10).

Fact: Eliza Dushku's boyfriend Rick Fox has become the latest celebrity voted off Dancing With The Stars. The former basketball star-turned-actor was kicked off the U.S. reality show on Tuesday (02Nov10).

Fact: Eliza Dushku showed her support for boyfriend Rick Fox on Monday night (20Sep10) when she cheered the former basketball star-turned-actor on during his debut on U.S. reality show Dancing With The Stars. Fox danced the waltz with his partner Cheryl Burke during the series kick off.

Quote: "I cracked my toe, I broke my nose, I chipped some teeth, and I burned my hair... I cracked my ribs on True Lies when we were doing that scene with the Harrier jet. I landed, I shot out through the glass of the deck." Eliza Dushku insists acting can be tough at times.

Quote: "Unlike most actresses on screen, I can actually fight... You don't want to meet me down an alley." Bring It On actress and hunting enthusiast Eliza Dushku is a tough girl on and off screen.

Quote: "I own my own bow and arrow and last Christmas, while hunting in Colorado, I shot an elk." Actress Eliza Dushku loves bloodsports.

Quote: "I went through a stage where I slept in black, lacy lingerie, but there is something sweet and sexy about taking a bubble bath and slipping on one of my frilly nightgowns." Former Buffy The Vampire Slayer star Eliza Dushku on her bedroom attire.

Quote: "I love playing chess, and I love Wikipedia (website). I have Verbal Advantage CDs in my car. Im sort of a knowledge nut!" Actress Eliza Dushku.

Quote: "I like guys who play hard and have calluses on their hands. Any guy who's been raised in a bubble hasn't lived enough for me. Scars and broken body parts and tattoos are hot." Sexy actress Eliza Dushku likes her men roughed-up.

Quote: "(Celebrity tattoo artist) Kat Von D did a beautiful symbolic feather on my ribs. I love catching a glimpse of it when I strip down to take a shower." Actress Eliza Dushku adores her tattoo.

Fact: Actress Eliza Dushku is so fond of her father's native Albania she has had the doubled-headed eagle that appears on the European country's national flag tattooed on her back. 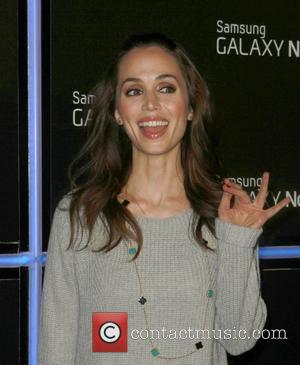 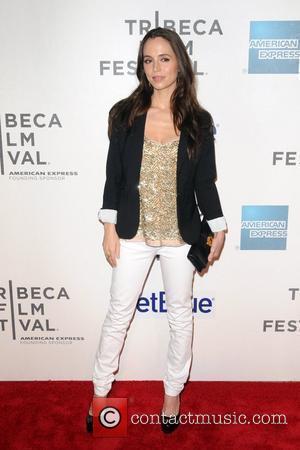 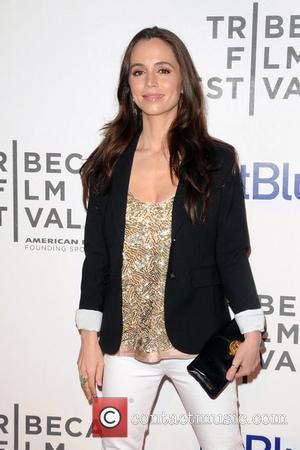 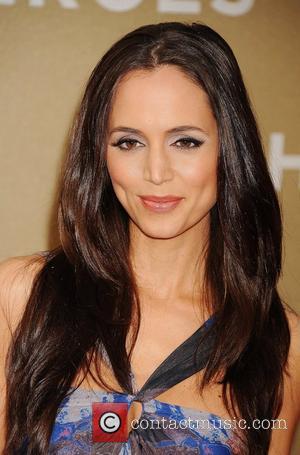 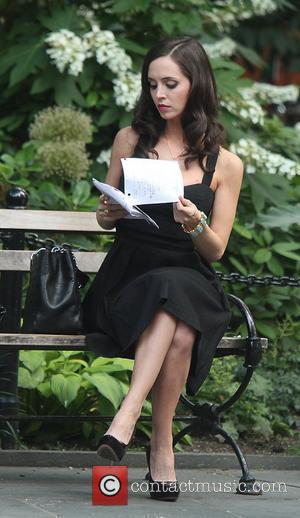