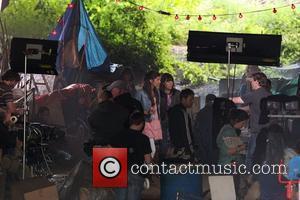 Elisabeth Sladen, the British actress and star of 'Doctor Who', has passed away at the age of 63, reports the Bbc. Elisabeth Sladen joined the long running sci-fi series in 1973 as Doctor Who's assistant 'Sarah Jane Smith', an investigative journalist turned time traveller.
Sladen, who died following a battle with cancer, is being remembered today by stars of the sci-fi series. Current 'Doctor Who' Matt Smith, who worked alongside the actress in her own spin off series 'The Sarah Jane Adventures', said, "What struck me about Lis was her grace. She welcomed me, educated me, and delighted me with her tales and adventures on Doctor Who. And she also seemed to have a quality of youth that not many people retain as they go through life". Former 'Doctor Who' actor David Tennant spoke of his disbelief at Sladen's death, adding, "She seemed invincible. The same woman who enchanted my childhood, enchanted my time on Doctor Who and enchanted generations who have watched her and fallen in love with her, just like I did". As well as her time on the much-loved sci-fi series, the actress also appeared in a number of plays in her native Liverpool and appeared in a pantomime production of Peter Pan in 2008-2009.
Elisabeth Sladen is survived by her husband Brian Miller, who she starred alongside in three episodes of 'The Sarah Jane Adventures', and their daughter SADIE MILLER.