Hulu series 'The Handmaid's Tale' was amongst the big winners at last night's (August 5) Television Critics Association Awards, with the show taking home two big prizes from the event, which was this year held at the Beverly Hilton in Beverly Hills, Los Angeles. Adapted from Margaret Atwood's novel of the same name, the show has been picking up millions of fans across the globe.

Other standouts from the night include HBO miniseries 'Big Little Lies' which took the Outstanding Achievement in Movies, Miniseries and Specials gong and fan-favourite NBC series 'Seinfeld', which picked up this year's Heritage Award. Ken Burns meanwhile was honoured with the Career Achievement Award.

The level of talent at the show was summed up by TCA President Amber Dowling, who said: "This was one of the most diverse seasons in recent memory, offering a wide range of programming that truly had a little something for everyone. It also treated us to some incredible performances and eclectic plotlines that challenged us, moved us, and thrilled us, reinvigorating the television landscape with bold and innovative subjects that we had rarely seen before." 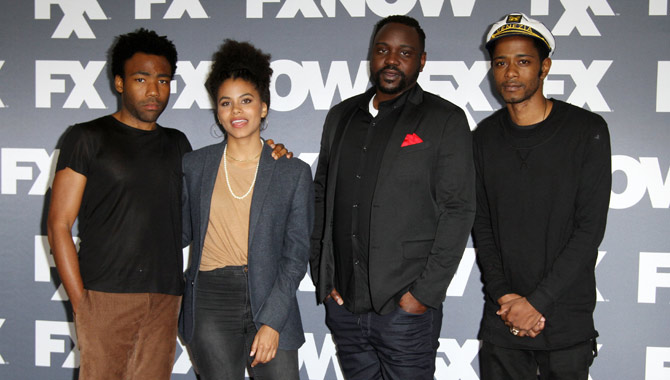 The cast of comedy series 'Atlanta', also honoured at the event

The full list of winners from the 2017 Television Critics Association Awards are as follows:

Outstanding Achievement in News and Information - 'O.J.: Made in America' (ESPN)

Outstanding News Program - 'This Is Us' (NBC)

Program of the Year - 'The Handmaid's Tale' (Hulu)

What do you think of this year's results? Did your favourites take home a prize? Let us know your thoughts in the comments section below!