New York Screening of 'The One I Love' [Pictures]

Scroll for pictures from the screening 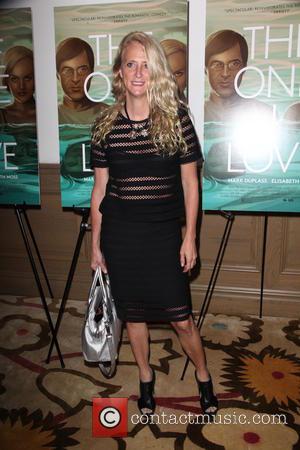 The stars were out in force at New York screening of 'The One I Love' at the Crosby Street Theater on Tuesday (Aug 5).

The film sees Ethan (Mark Duplass) and Sophie (Elizabeth Moss) escape to a beautiful vacation house for a weekend getaway in an attempt to save their marriage. But what follows is an unexpected journey that forces them to look inside themselves and each other in a different way.

The offers are starting to flow in for Moss, 32, who, having just wrapped up filming the role of a lifetime in Mad Men’s Peggy Olson, has Hollywood at her feet. Already in production are the films ‘High Rise’ and ‘Meadowland’ and a role in the second season of the hugely anticipated True Detective, in which she may play one of the mooted “strong women.”

On filming the last episodes of Mad Men, which wrapped up its mid-season finale on AMC recently, Moss said: "The last three days were kind of like a funeral. It was just everybody crying all day long -- these big, giant men bursting into tears. I'm not going to call people out specifically who cried, but there were definitely some criers, including me."