Elisabeth drops a bomb during her Golden Globes acceptance speech.

Elisabeth Moss has won a Golden Globe award for her lead performance in Jane Campion's Top of the Lake. The Mad Men actress picked up the coveted prize for the Best Best Actress in a Miniseries or TV Movie for her role in the dark, New Zealand-set drama. 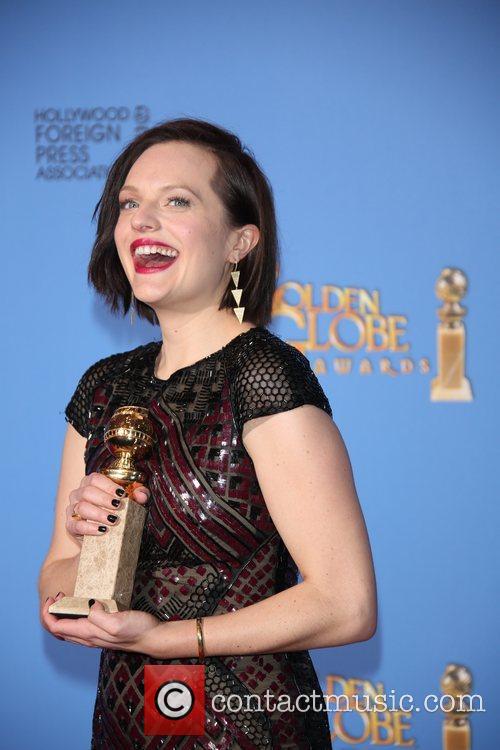 Moss, 30, exuded a sophisticated gothic glamour as she headed up to collect her award but her face was radiant with joy. It appears that she hadn't expected to win the award, in a fiercely fought category that included Helena Bonham Carter, Helen Mirren, Jessica Lange and Rebecca Ferguson. The surprise was evident on Elisabeth's face as she stood at the podium, scanning the room.

She suddenly blurted out "Oh s**t!" as the surprise of her win finally hit her. Whilst Moss' speech was a lot more coherent and together than say, Jacqueline Bisset's, it was clear that she was petrified and ecstatic all at once. "I really, really didn't expect this to happen," she said, adding "I'm totally shaking like Jennifer Lawrence said," she said, visibly shaken up and breathless.

"To my amazing category, the idea that I would ever be in the same breath as any of you is already a dream come true," Moss said, referring to the strong competition she faced in the best miniseries actress group. The actress move to thank everyone under the sun, including her boyfriend and Top of the Lake cinematographer Adam Arkapaw, the programme's cast and the series' writer, Jane Campion. 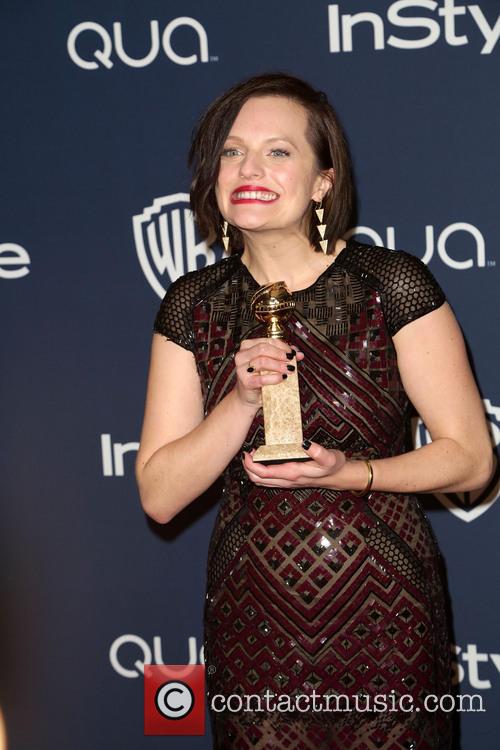 The Cheeky Actress Stirred Up A Little Fun At The Awards.

As well as Moss' "S-bomb," which was quickly censored before broadcast, the award-winning actress also stirred up a bit of trouble backstage where she abused E!'s mani-cam. In the special camera box where stars are supposed to show off their glitzy nail polish, Moss decided to break the mould by instead flipping the bird at the mani-cam. "I did this last time," she told Giuliana Rancic, about showing off her nails to a camera, adding "There's something I wanted to do last time, but I'm not going to do it."

"Do it! C'mon, do it! This is E! We're in 160 countries!" Rancic egged her on. "You said to do it!" exclaimed Moss before she flashed a glimpse of her rock 'n' roll black middle fingernail to the camera and then did it once again for luck. Both times the camera cut away before the shot could be shown but Moss had made her mark. 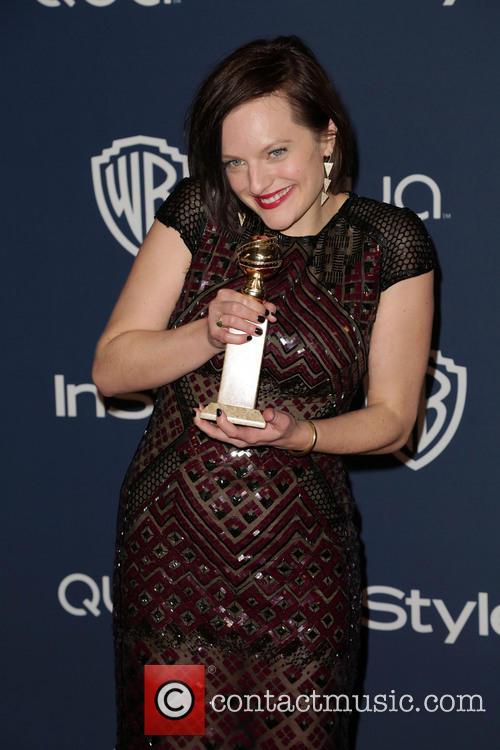 The Ecstatic Actress Decided To Wreak A Little Havoc Backstage.

"You said to do whatever I wanted! It's the end of the carpet! Spice it up a little!" she said cheekily. Oh go on then Liz, you ARE a winner and everything...