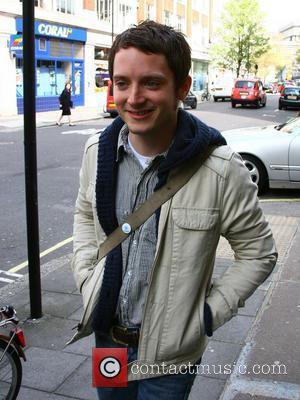 Elijah Wood is continually stunned by clever cyber pranksters who try to prove he is gay.

The LORD OF THE RINGS star is often caught out by websites with far from subtle names, like www.veryverygay.com, when he's surfing the Internet, but he's rarely offended.

And, unlike many stars, he isn't planning any legal action to stop the pranksters - he simply marvels at their creativity.

He says, "There's one that's called elijahwoodisveryverygay (sic), which is actually a personal favourite of mine, it's absolutely hilarious.

"It's this kind of joke website that maintains that they have proof that I am very very gay in various photographs - photographic evidence (of me) holding hands with a male."

Even fans of the Lord of The Rings trilogy want the stars of the film to be homosexual.

Wood explains, "(They) want to create moments that they didn't get to see in the film, of these characters in sexual congress.

"I was actually at a film festival once... and this fan came up with a gift... I open the gift in front of all these people that I'm talking to and it happens to be a photo from one of these websites of me and Dominic Monaghan making sweet love. If you didn't know any better, it kinda looks real.

"These people have a lot of time on their hands and my hat's off (to them) because it's very good work."