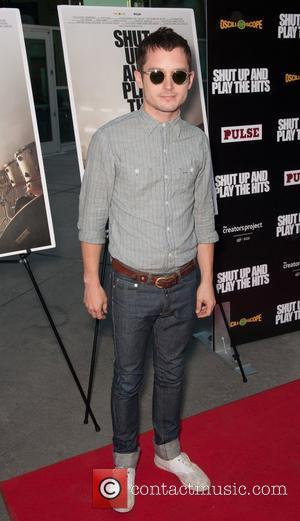 The Hobbit is one of the most anticipated movies of the decade. The success of the Lord of the Rings trilogy has ensured the certain success of The Hobbit- which has also turned into a trilogy. With a recurring cast and Peter Jackson at the helm of the film, all three Hobbit films are bound to be an unmitigated triumph.

Anticipating the interest in the films, advance tickets for the movie are going to be going on sale tomorrow, reports Deadline, even though first public screenings wont be available for at least another month! The Hobbit already has some very high status fans. Elijah Wood is an obvious fan, particularly given that he appears in the film as well as starring in the original LOTR trilogy. "I'm very excited - I'm a fan of the book and I'm a fan of the worlds that they all and we all created, and I'm excited to revisit it." He said to Yahoo, adding "I'm really excited about seeing Martin Freeman revive that character - what I've seen so far is absolutely brilliant, he was so perfectly cast."

Plus, the franchise has found itself a surprise fan in Charles, Prince Of Wales. The Telegraph reports a source saying: "The Prince is a great fan of children's literature and Tolkien is one of the great icons of children's literature," said a royal source. "He and the Duchess have seen Peter Jackson's Lord of the Rings films and the Prince has said he is very much looking forward to seeing Bilbo Baggins's foot." Plus, his aides added that the Prince will be celebrating his 64th birthday by meeting Peter Jackson.