Elijah Wood And Simon Pegg Are Backing Proposals To Create A Horror Museum And Film Centre At The Real-life Hotel That Inspired The Shining. 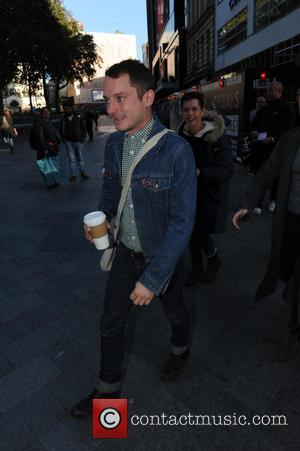 The Stanley Hotel in Colorado inspired author Stephen King to create the Overlook Hotel in his horror novel, which was adapted into the 1980 film starring Jack Nicholson.

Ghost tours and a film festival are regularly held at the site, but the owners want to build The Stanley Film Center, a facility which will house a horror-themed museum, production studio, film archive, auditorium and educational space.

Wood, Pegg, Night of the Living Dead director George A. Romero and Hocus Pocus screenwriter Mick Garris are among founding board members of the centre.

The Lord of the Rings star says, "I would love to have a home for which we could constantly come year-round and celebrate with other fans from around the world... There's really no better place for there to be a permanent home for the celebration of horror as an art form than the Stanley Hotel. It was practically built for it."

The group hopes to receive $11.5 million (£7.2 million) in funding from the Colorado tourism board for the $24 million (£15 million) project.