Elijah Wood was starstruck when he met Radiohead singer Thom Yorke for the first time. 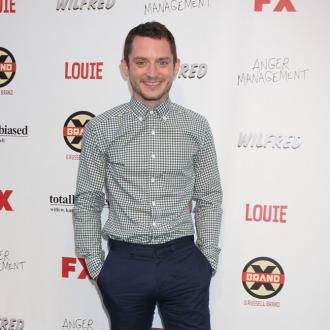 Elijah Wood was starstruck when he met Thom Yorke.

The 'Lord of the Rings' star - who owns his own record label - says the most overwhelming moment of his life was he met the Radiohead singer, because he has been such a huge influence on him.

He told told Empire magazine: ''Meeting Thom Yorke for the first time was probably the most starstruck I've ever been.

''I'm a huge Radiohead fan. I tend to get more nervous and excited meeting people from music. I think I idolise musicians more than I idolise actors.''

Being starstruck doesn't come easily to Elijah, as he has been meeting very famous people from an early age.

He added: ''I met George Lucas when I was 10 years old, I think, nine or 10, and that was everything to me, because I grew up watching 'Star Wars', I knew who he was, it was hugely significant.''

Elijah is best known for his role as Frodo in the 'Lord of the Rings' films, and still gets plenty of people shout his character's name in the street.

He said: ''Those films got embraced by pop culture in a massive way so the whole trilogy really lends itself to on-the-street quoting more than anything else I've done, or ever will do, probably.

''Part of that's also the book, as well. 'I will take the ring, but I do not know the way,' is a pretty popular one. Then again most of the time people just call me 'Frodo'.''